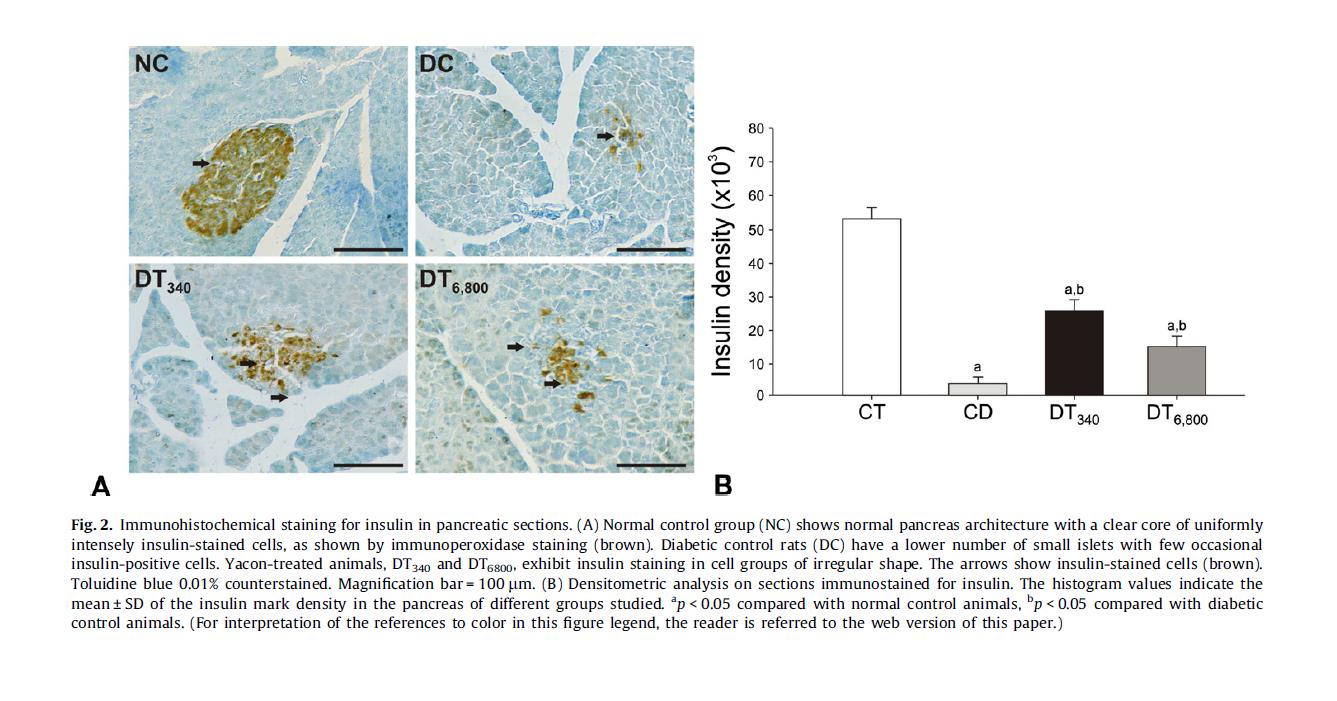 Abstract: Fructooligosaccharides (FOS) are sugars found naturally at high concentrations in the storage roots of yacon. This study was designed to analyze the beneficial effects of subchronic oral consumption of yacon root flour as a diet supplement in Streptozotocin-induced diabetic Wistar rats. The experiments were carried out using yacon flour tablets containing the desired level of FOS (340 or 6800mg FOS/kg body weight/day). Yacon flour is a natural product obtained by a simple process of dehydration of yacon roots without added preservatives or chemicals. The administration of FOS-rich yacon flour to diabetic rats for 90days did not significantly alter the body weight of animals throughout the experimental period. Interestingly, a significant decrease in fasting plasma triacylglycerol and very low-density lipoprotein levels were observed. In addition, the treatment was able to protect the diabetic rats of the postprandial peak of plasma triacylglycerol. Yacon-supplemented rats showed an increased insulin-positive pancreatic cell mass distributed in small cell clusters within the exocrine parenchyma, but can only observe a slight increase in fasting plasma insulin levels. Glucagon like peptide-1 content in the cecum was significantly higher in diabetic rats treated with a diet supplemented with yacon flour compared with untreated diabetic animals, accompanied by an important cecal tissue enlargement. All these findings lead us to suggest that this incretin could be an effective mediator of the lipid lowering effects of FOS present in yacon flour. In conclusion, yacon root flour is a natural product rich in FOS that could be well positioned as a nutraceutical product since the present results demonstrate its beneficial effects on diabetes-associated hyperlipidemia. 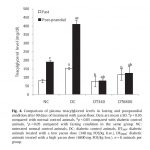 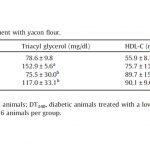 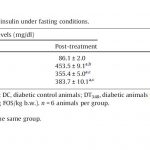 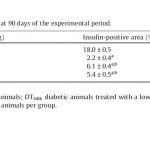 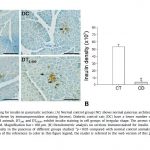 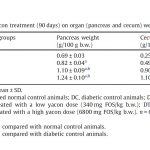 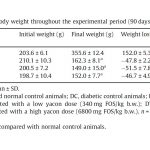 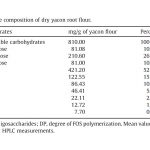 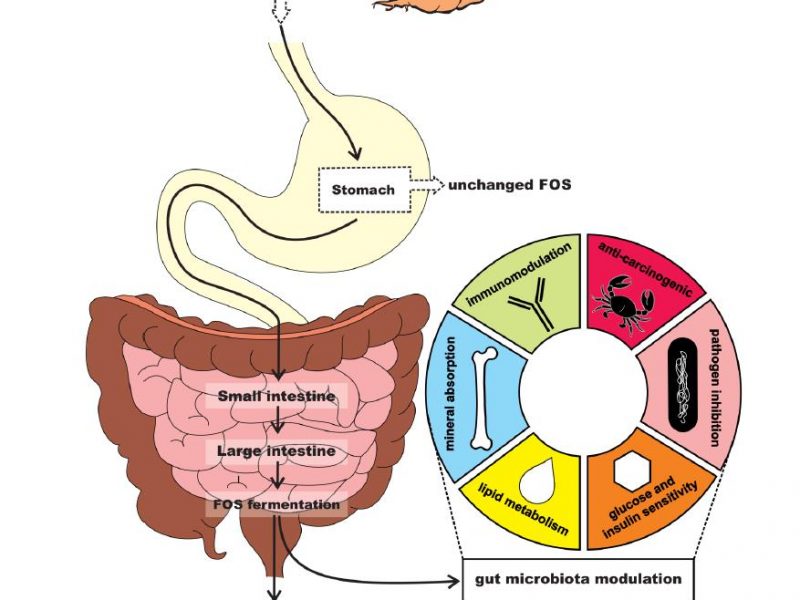 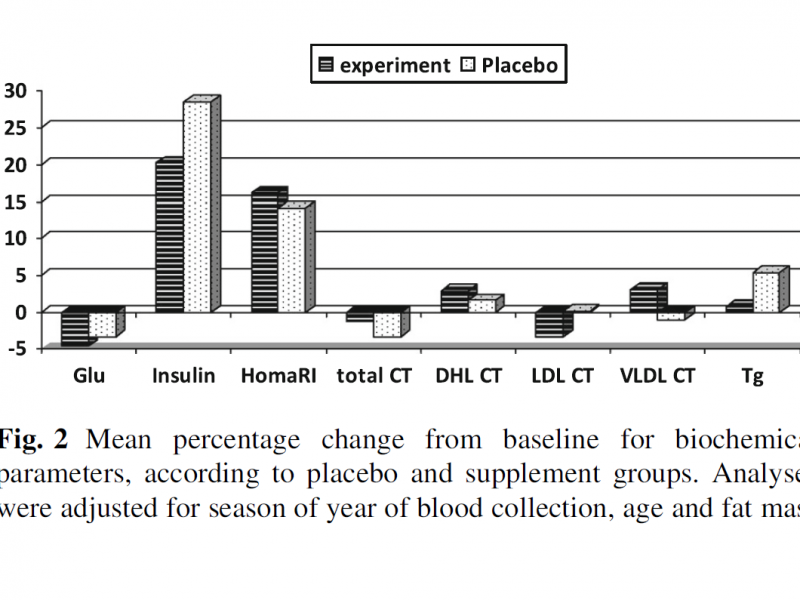